After the presentation of the new 12 metre Mercedes Citaro buses, recently held in Piazza Unità, a further batch of EEV diesel Irisbus vehicles is being acquired.

A number of these buses are already running on a few lines: they are easily recognizable by the company’s pale-blue custom paint.

What does EEV mean?

EEV is an acronym for “Enhanced Environmentally-friendly Vehicle, defining vehicles producing emissions with levels below those established by current legislation.

The table below shows EEV vehicles’ improved levels of emissions compared to Euro4 and Euro5 vehicles. A particularly striking feature of this kind of vehicles is the very low level of emissions of both fumes and particles.

The purchase of highly technological environmentally-friendly vehicles was part of a car fleet renewal plan which led to the acquisition of 348 new vehicles from 2001 to 2010. 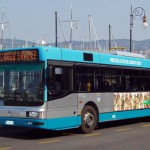 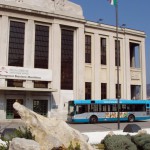 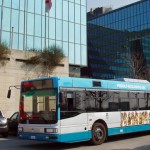 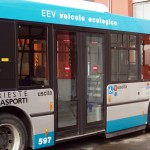