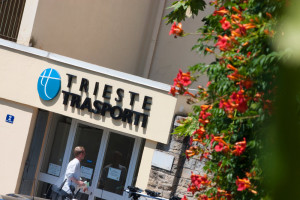 Following the successful European tender held by the Friuli Venezia-Giulia Autonomous regional authority and the signing of a ten year-service Contract with the Trieste provincial authority (extended to 2014), Trieste Trasporti has been providing local transport services within the Trieste Management Unit (over an extended network of 340 km) since 2001.

During working days, Trieste Trasporti sees over 56 urban lines and 1 tram line, for a total of 5.600 daily runs and nearly 70 million passengers a year, making the TT network one of the more extended in Italy.

On route, around 1.400 stops at an average distance of 200 mt from each other, almost all of them equipped with timetables and other useful information. Hundreds of stops are also fitted with bus stands, and 74 ticket machines are also available at specific locations.

Within the concessions for public transport given by the regional authority, TT also currently runs two sea lines in the Trieste Gulf: the daily cross Trieste-Muggia and the summer service connecting Trieste to Sistiana with stops in Barcola and Grignano.